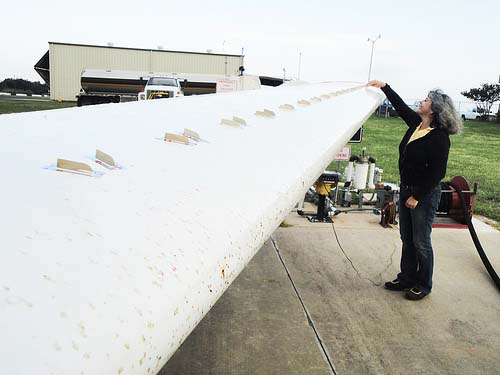 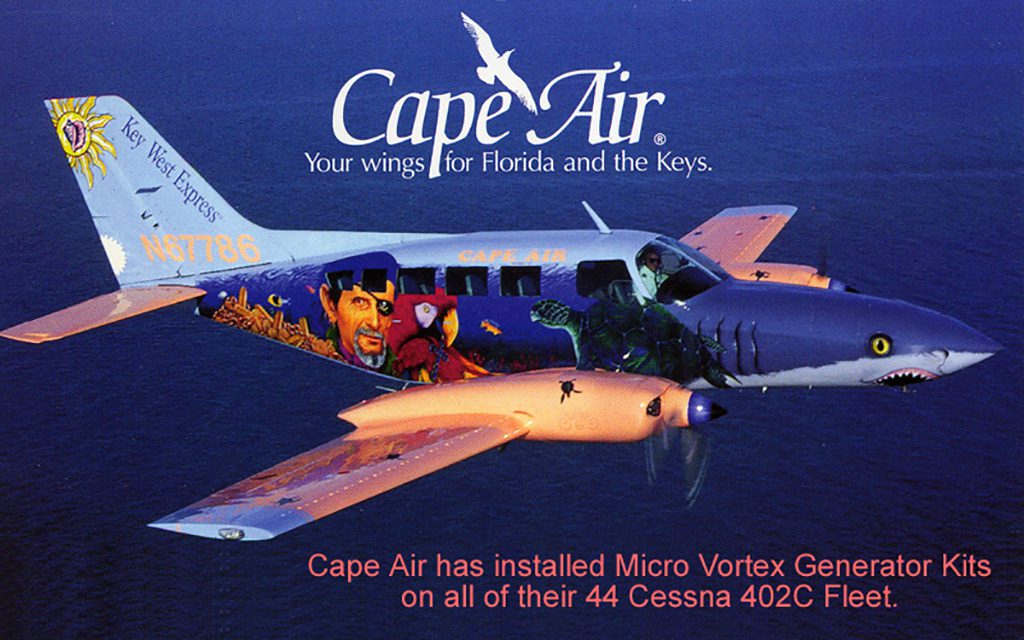 Our kit consists of 118 vortex generators mounted on the wings, just aft of the boot line and on both sides of the vertical stabilizer, plus four strakes on the inside and outside of the engine nacelles. The Micro VG Kit includes an FAA approved Pilot's Operating Handbook Supplement (POHS).

Operating a fleet of 83 Cessna 402s, 4 Britten-Norman Islanders and 2 ATRs, with up to 525 flights per day during high season. Last year Cape Air carried over 686,000 passengers, making them one of the largest regional airlines in the United States.

Wherever we fly, Cape Air is recognized for our outstanding customer service and convenient hourly flights. We have ticket and baggage agreements with most major airlines which means smooth connections and money-saving joint fares for our passengers.

As an employee owned company, and on behalf of our owners, we hope you enjoy your trip on Cape Air and we aim,

There are no upcoming events at this time.