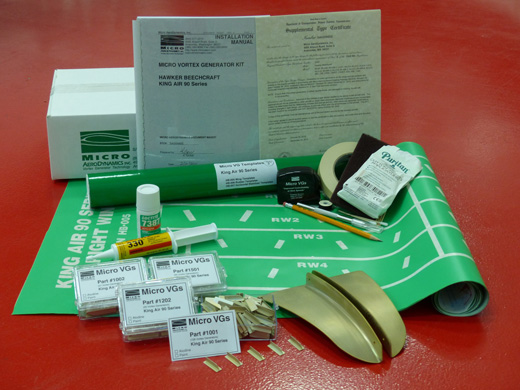 It is sold ONLY for aircraft serial numbers that have previously been fitted with one of Micro AeroDynamics Vortex Generator STCs for the reinstallation of the VGs during paint or damage repair.   The Micro VGs are shipped Alodined ready for paint.

Micro VG repaint kit is a convenience for the customer – not a requirement.  There is nothing in the STC that precludes the customer from cleaning up the removed VGs and re-installing them with Loctite® AA 330™ adhesive and locating them on the aircraft using the drawings that were contained in the original kit.

Benefits of a Micro Repaint Kit